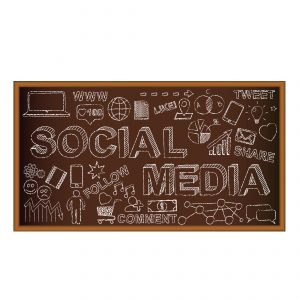 Congratulations on having a video you love! The next step is placing that video all over the World Wide Web so that anyone interested in the subject of your video can find it, view it and take action. Different social media platforms are best for targeting different demographics. Understand which platforms are best for your goals.

Despite having to continuously compete with a growing list of competitors and an aging audience, Facebook is still the king in the world of social media and is the #1 platform for adults. In fact…

More women use Facebook than men, splitting its viewership 54% to 46% respectively. A staggering 96% of users of Facebook utilize their mobile phones when perusing it.

Instagram, the Facebook-owned photo and video sharing app, continues to grow its users, with 1 billion people using Instagram every month. Instagram, however, hardly garners any attention from senior citizens, only being utilized by 8% of the population over 65. It’s almost split evenly down the middle between female users, 51% and male users, 49% and is more actively perused by folks than Facebook is, averaging 53 minutes per day to Facebook’s 35 minutes.

Though it has 1/3 of the users of Instagram, Twitter can still be a very powerful tool to provide bite-sized information. Twitter makes it possible for users to reach practically any person or business simply by tagging them in a Tweet, which is where its value lies.

Tik Tok is the new kid on the block and is growing in popularity quickly! This isn’t your parent’s social media, with a majority of users under 30. Unlike other social media, where video is a supplemental tool, on Tik Tok video is the primary vehicle for all messages. Some brands have jumped on board and are seeing the benefits of utilizing this platform.

Phew! There you have it. A quick trip through the most utilized social media platforms for video. We hope this information has helped you better understand where and how to post your videos to reach your target audience. If you have further questions or would like assistance with executing and managing these posts, give us a shout! Thanks.